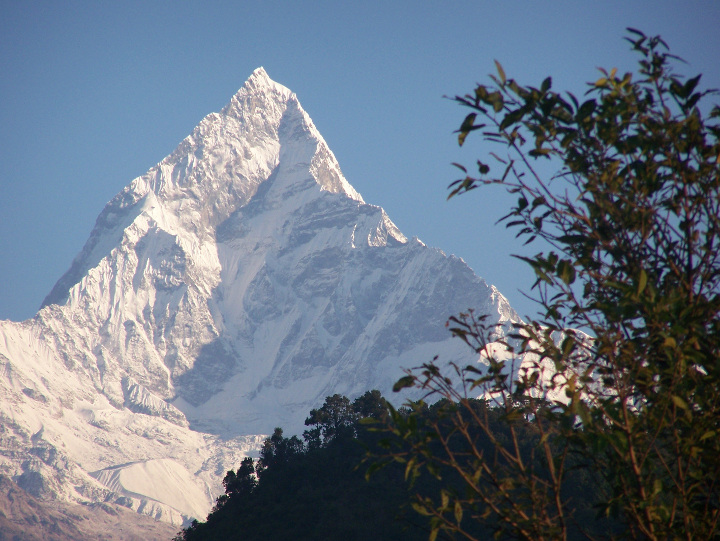 
When I get together with my old trekking friends the stories (and wine) flow and we are easily transported back to those heady days of mountains, remote trails and extraordinary people. The doors to old recollections open wide and we all remember things we thought we had forgotten.

Since my trekking days I have also done much by way of reading, lecturing and leading historical tours to the Himalaya and the great sub-continent. Enmeshed in all this are wonderful characters, exceptional events and periods in history and endless tales of magic and mystery.

Rather than storing all of this in my head, letting it loose only when people or events call for it I decided to write this blog, so that I can share some of it with like-minded souls who might appreciate a random tale or two from this extraordinary part of the world.

I hope you enjoy the occasional read. I will certainly enjoy the telling.

Ang Tharkay is a Sherpa legend – among our own Sherpa people and among most of the pre and post war climbers from abroad. No.19 on the Sherpa register of porters at the Darjeeling Himalayan Club he was a Sherpa of the old order – dignified, loyal, supremely capable and eternally good-humoured and tolerant. Just mention his name among the older climbers in Darjeeling, Britain, France, Kathmandu or in Switzerland and the U.S. and you will doubtless see on every face a warm and knowing smile appear for they all remember this remarkable man of the mountains and all hold him in the highest esteem. 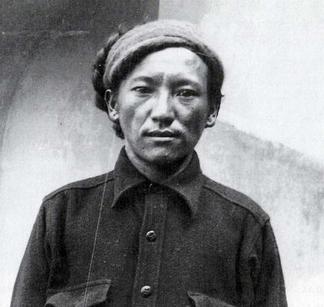 Ang Tharkay was born in 1907 in the tiny village of Khunde in the Khumbu region of Nepal and spent his childhood as all Sherpa children did in those days – tending yaks and tilling fields of barley and potato. His first expedition was in 1931 when he joined a Bavarian team on Kanchenjunga but it was not until after this that he came to reside in Darjeeling – the hub of expedition activity in those halcyon days of Himalayan climbing and exploration. He next joined Hugh Ruttledge's 1933 Everest Expedition and was referred to by the sahibs as " the great-hearted little Ang Tharkay". Although only five feet tall and with slightly knock-knees he was a powerhouse in the mountains. He once took on the 80 lb load of a sick porter and, with his own equal load, carried both up 400ft – at high altitude.

His natural climbing skills were matched only by his superior organisational and people-management skills. Dr Michael Ward – Himalayan explorer, climber and physiologist – recalls an occurrence on the 1951 Everest Reconnaissance Expedition when the team inadvertently entered the remote Rongshar Valley in forbidden Tibet on an exploratory return route to Kathmandu. They were detected by the Tibetans, described by Dr Ward as " a group of Tibetan levies armed with muzzle-loading guns with antelope-horn rests and brandishing swords " (Alpine Journal 1996, Vol 101) As the Tibetans approached the shouting and threatening began in earnest. The Sherpas responded with equal vigour, Ang Tharkay (expedition Sirdar) in the lead – thoroughly enjoying himself it would seem ! He advised the British climbers to retire to a safe distance and let him handle the matter, which they willingly did. Twenty minutes and a good deal of shouting later Ang Tharkay returned to report, with a broad grin, that all was settled but that it would be necessary to collect seven rupees from the sahibs to pay the Tibetans off. It seems that they had initially asked for ten rupees and Ang Tharkay had been horrified at this outrageous demand. The shouting had been the negotiations ! 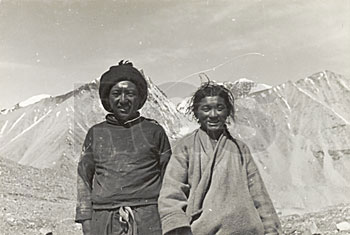 Ang Tharkey with a younger brother in the very early years of mountaineering.

In 1933 on Everest he distinguished himself by carrying loads to Camp VI at 27,000ft and would later be one of the first Sherpas to be awarded the Tiger Medal by the Himalayan Club.

In 1934 Ang Tharkay was with Shipton and Tilman when they made their historic journey up the great RishI Gorge, forcing a seemingly impossible route into the virgin Nanda Devi Sanctuary in India's Garhwal. Ang Tharkay played a vital role in their success and was highly commended for his contribution.

1935 saw Ang Tharkay on two major expeditions – Shipton's Everest Reconnaissance Expedition (which climbed more 20,000ft peaks then any other expedition in the world) and with C.R. Cooke on Kabru North in Sikkim on its first ascent. Cooke notes that he "stupidly left him (Ang Tharkay) at Base Camp and did not take him to the summit ". In 1936 he went again to Everest with Ruttledge who described him as "probably the best mountaineer in the Sherpa community". There followed an attempt on Dunagiri in the Garhwal with Shipton and a period with Major Osmaston of the Survey of India who was surveying and photographing the Nanda Devi Basin.

In 1937 Ang Tharkay went again with Tilman and Shipton to explore and survey the Shaksgam region of the Karakoram between K2 and the Shimshall Pass. The last major expedition on Everest until the early sixties was in 1938 and Ang Tharkay, as Sirdar of a thirty-one Sherpa team, was indispensable. At the age of just thirty one he was awarded the Tiger Medal and was now considered an outstanding mountaineer.

The war years were lean for all climbing Sherpas and Ang Tharkay was no exception but he managed to survive and finally in 1949 came a great opportunity which would etch his name forever in the annals of Himalayan climbing. With Nepal only now opening to foreigners after centuries of isolation the Frenchman, Maurice Herzog, was granted permission to attempt Annapurna I. The expedition was a success - the first 8000m peak ever climbed and Ang Tharkay was awarded the La Legion d'Honneur. His subsequent visit to Paris was a first for a Sherpa and whilst it was exciting and new he found the West confusing and was keen to return to his Himalaya. It is also interesting to note that in 1954 he wrote his autobiography – the first by a Sherpa – which was published in French.

In 1951 he worked as Sirdar on Shipton's Everest Reconnaissance which pioneered the conventional route to Everest from the south but which could not negotiate the Great Crevasse at the top of the Khumbu Icefall and in 1952 he was Sirdar on the British Cho Oyu team as they prepared for their Everest assault in 1953. In the spring of '53, while another Sherpa was making history on Everest, Ang Tharkay went with the Swiss under the leadership of Leutenberg to reconnoitre Dhaulagiri in central western Nepal. He was then part of the first successful expedition to Nun, followed in 1954 by his role as Sirdar again on the American team to Makalu under Dr William Siri.

All in all an exhausting series of expeditions, moreso since his role in most expeditions was split between Sirdar - responsible for the overall logistics of the porters and all loads - and as a high climbing Sherpa with all the additional physical and mental stress this necessarily brings. Ang Tharkay was an extraordinary mountaineer in anybody's terms.

With the establishment of the Himalayan Mountaineering Institute in Darjeeling in 1954 a new life unfolded for this old "Tiger". He was deservedly chosen as one of seven Sherpas who would go to Switzerland to be trained by the renowned Swiss mountain guide Arnold Glatthard as a climbing instructor. Mr Glatthard remembers him fondly as an able and enthusiastic student whose natural abilities and already prodigious experience made him a joy to teach.

Ang Tharkay returned to Darjeeling and worked as an instructor at the Institute for over two years. He then turned his organisational skills to use as a road construction contractor in Western Sikkim. However despite his success in this field he decided in 1962 to return to Nepal, the land of his birth. In this year the mountains beckoned one last time and he went as Sirdar with second Indian Everest Expedition under Major John Dias. The great Sherpa reached 27, 650 ft on this climb – at the age of 55 ! This was his last major expedition.

In 1966 he acquired a large area of land near Daman, a few hours south of Kathmandu and here spent his final years growing vegetables and keeping buffalo. He built a house in Kathmandu and established a trekking agency but was happiest when at Daman in sight of the mountains.

He died of cancer on July 27th, 1981, survived by his wife Ang Yangzen, one daughter and four sons. His third son, Sonam Tharkay followed in his father's footsteps and became a Sherpa Sirdar.

The British climber and explorer Trevor Braham was accompanied by Ang Tharkay many years before on two journeys into Sikkim and wrote in memoriam ;

It was his enthusiasm and ability that provided the main driving force, and I learnt much about human relationships by watching the way in which he treated his men, and witnessing their respect and affection for him. He was a man of the highest integrity.

And finally, Eric Shipton writes of this legendary Sherpa in his book Upon That Mountain ;

We soon learned to value his rare qualities which made him outstandingly the best of all the Sherpas I have known. He had a shrewd judgement both of men and of situations, and was absolutely steady in any crisis. He was a most loveable person. modest, unselfish and completely sincere, with an infectious gaiety of spirit. He has been with me on all my subsequent journeys to the Himalaya, and to him I owe a large measure of their success and much of my enjoyment.